When the lights go down, crime doesn’t stop and for certain types of crime we see increased incidents. However, with less and less light, details picked up by surveillance cameras become harder and harder to discern and identify. Learn about the differences between Infrared, Starlight and Full Color Cameras. Different cameras have different sensor chips each of which have different light sensitivity and operate at different environmental illumination ranges.

This is where Optiview’s Smart Night Color shine. Pairing advanced motion detection and LED illuminators, Optiview’s Smart Night Color cameras produce full color video recording even in the darkest of environments. When the AI DVR/NVR detects a target in a predefine rule area the LED lights trigger, illuminating the area. When the target leaves the rule area, the camera automatically switches over from the white light to the IR illuminator significantly reducing light pollution. 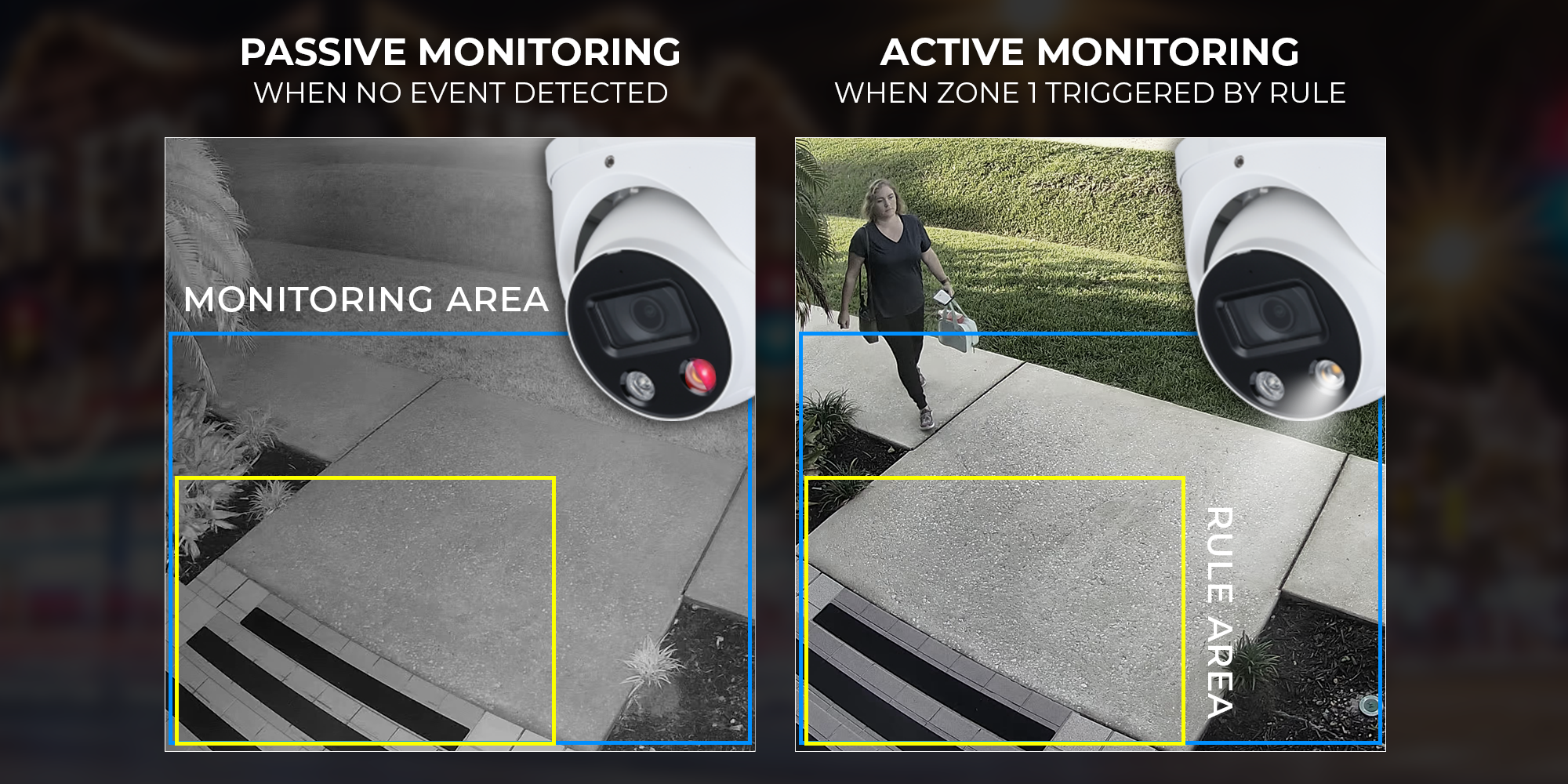 Sometimes you need even more deterrence with flashing red and blue light or audible sirens and voice messages with customized audio. Protect your properties with these additional steps to warn potential intruders as well as working to actively prevent criminal activity such as illegal dumping, or prevent accidents from occurring due to being in restricted areas. 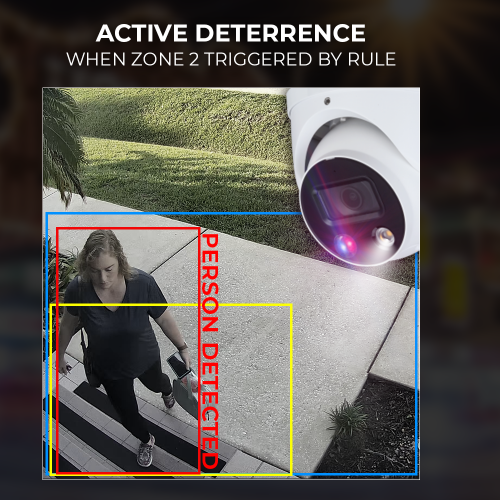 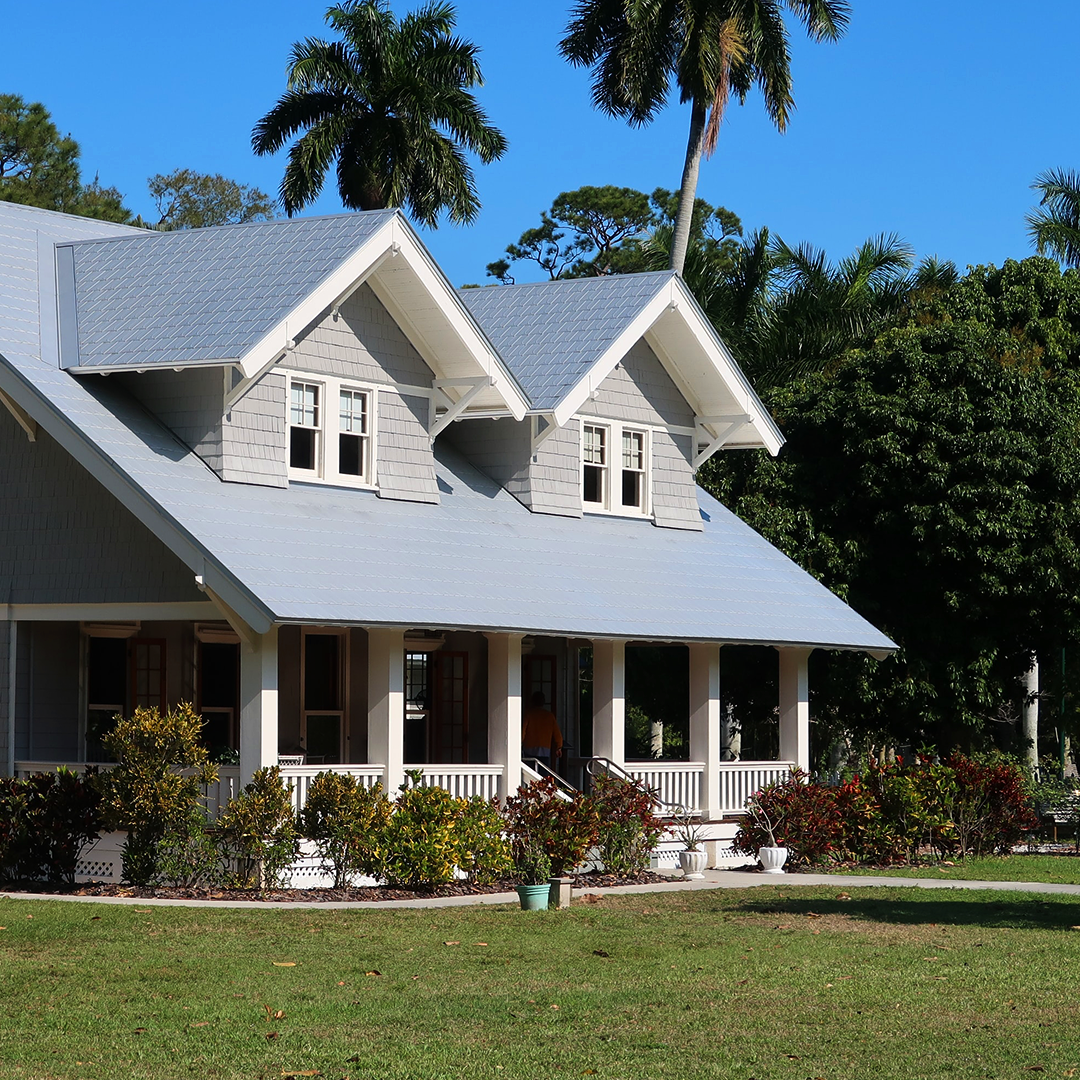 24/7 illuminators can cause significant light pollution especially in residential and HOAs that have strict lighting rules. Optiview’s Smart Night Color only illuminates when motion is detected in your specified rule areas. 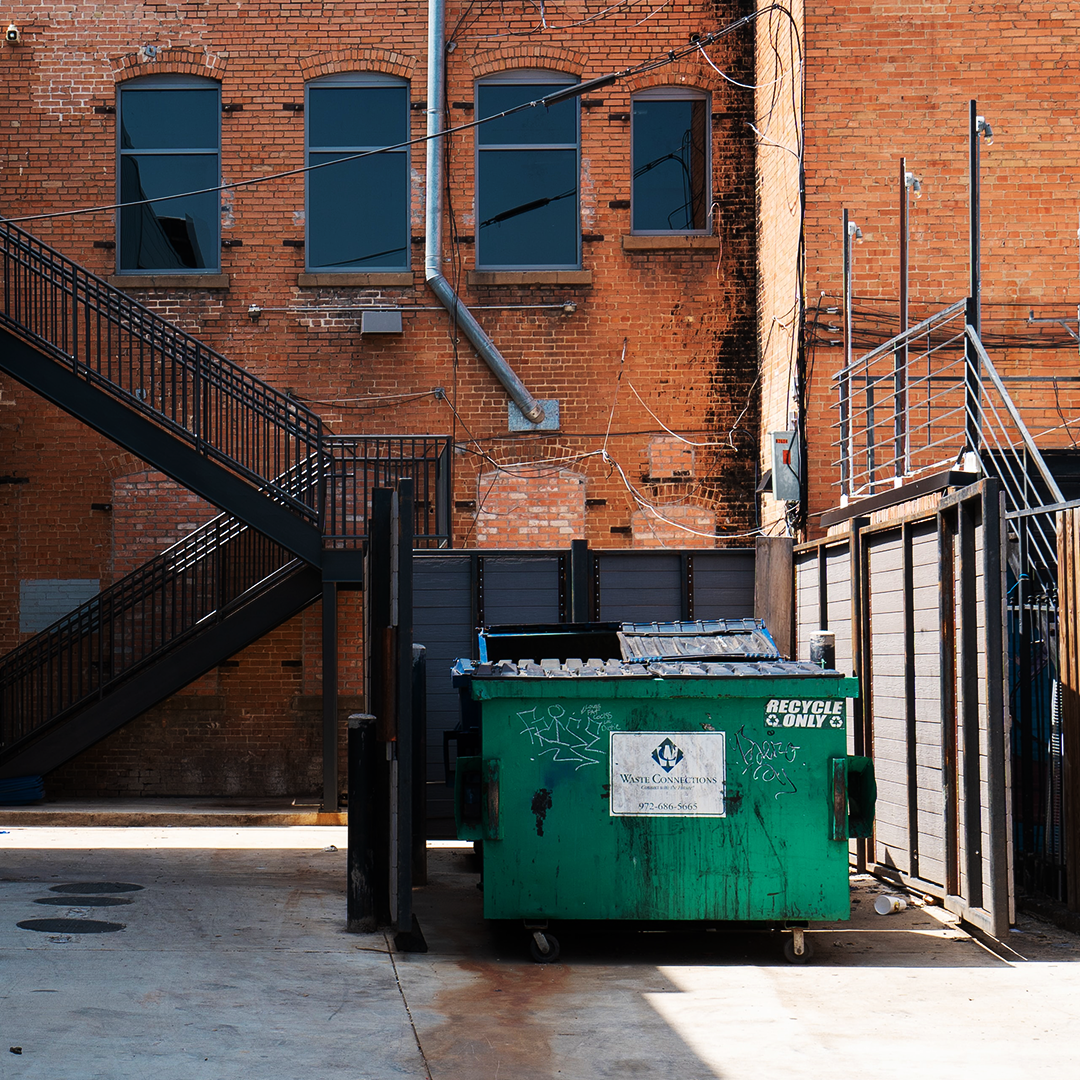 Businesses and commercial facilities are not immune from theft, with visual deterrence of cameras and illumination with Smart Night Color technology. 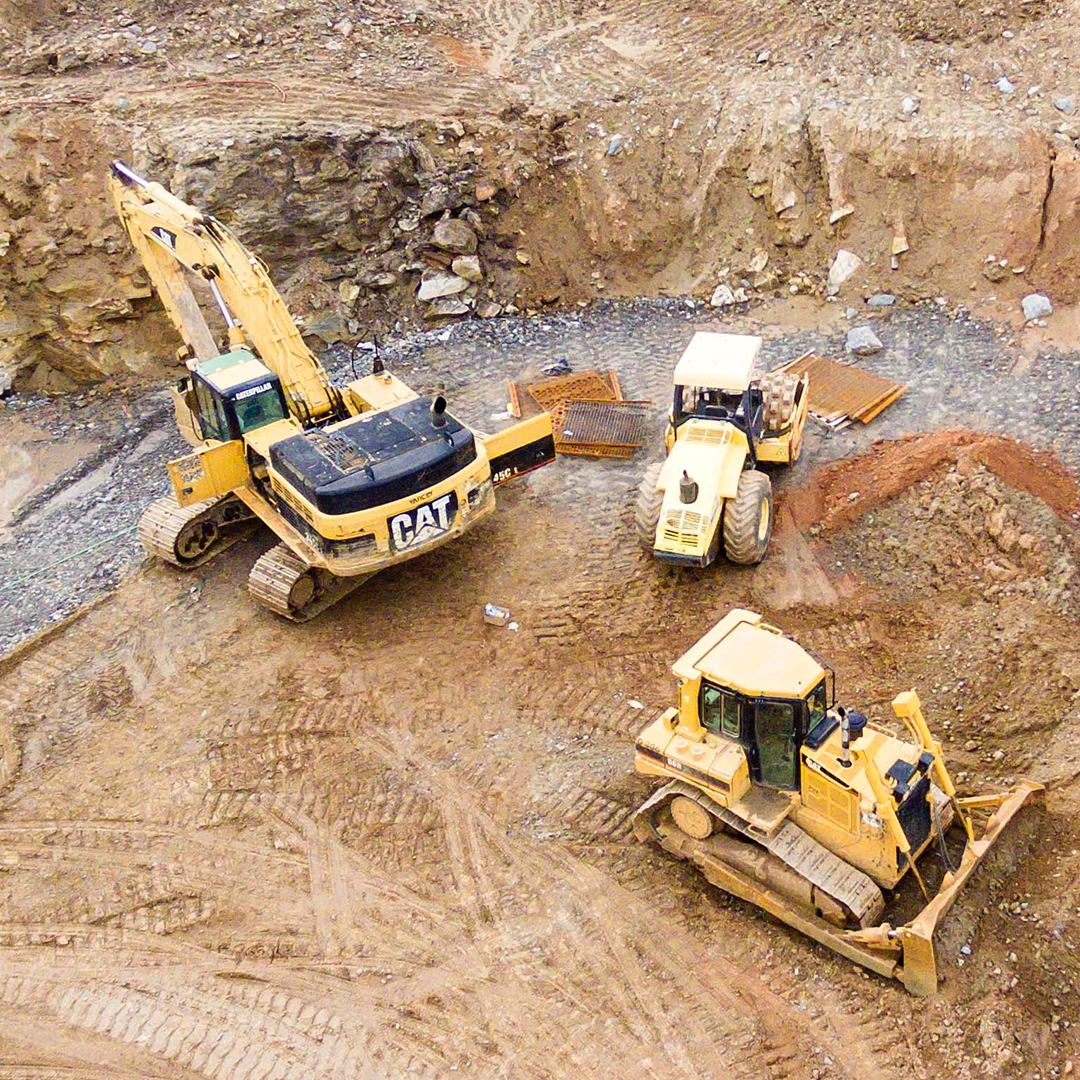 With dangerous environments for both employees and pedestrians especially so at night, providing light only when you need it give you a piece of mind for your people and equipment.